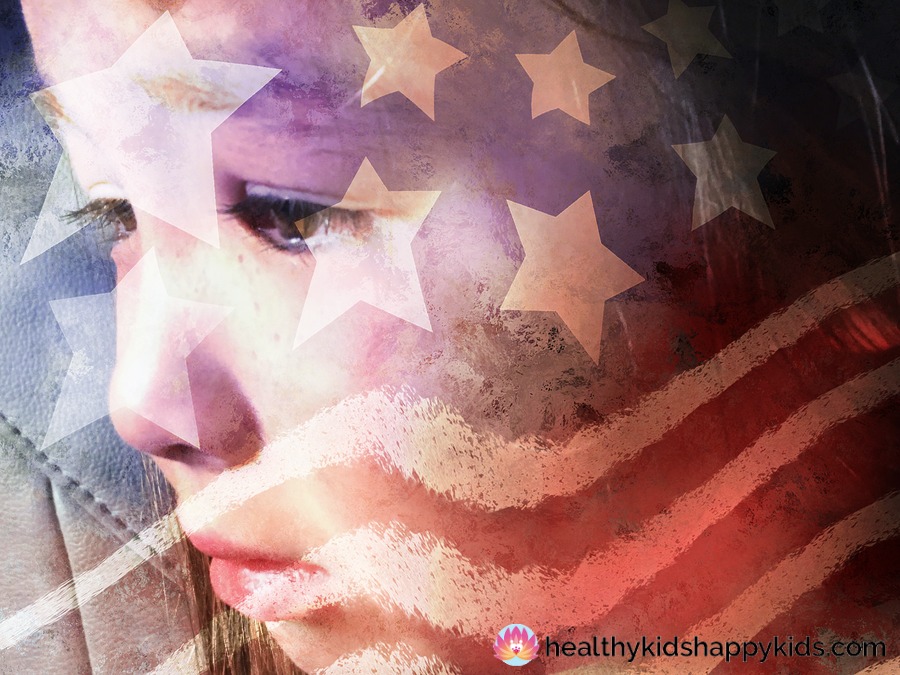 I didn’t cry the night of the election. I didn’t cry the next night. Or the next. But last night I cried. I cried for the Latino children at Royal Oak Middle School in Michigan whose classmates chanted “Build the wall.” I cried for the teenage girl at Woodside High School in California who was assaulted and accused of hating Mexicans by a classmate after posting on social media that she supported Trump.  I cried for the 6th grade children at Bret Harte Preparatory Middle School in South Los Angeles who were told by their teacher that their parents would be deported and that they would be left behind in foster care. I cried for the 11-year old boy who was attacked by his classmates at Stafford Intermediate School in Texas for saying he voted for Trump in the school’s mock election. I cried for the African American children at Maple Grove High School in Minnesota who came to school in fear after seeing racist graffiti on their bathroom doors  “Go back to Africa – Make America Great Again,” “F*** N***ers,” “Whites Only,” “White America.” I cried for the high school students at York County School of Technology in Pennsylvania who were spat upon and called slaves as their classmates chanted “white power.”

And then it all came flooding back…

When I was 7 years old, I took every Korean doll, painting and trinket in my room – every last trace of evidence that I was Korean – put them in a brown paper bag, handed them to my mom and told her I no longer wanted them, that I was “American” now. I didn’t want to be any different. I wanted to be just like “them” – I wanted to be a “real ” American.

To me, “real” Americans had white skin. Even though I was born and raised and had lived my entire young life in the United States of America, I still felt like an imposter. I wanted to scrub the yellow out of my skin and bleach the black out of my hair. In my small Jersey town, where our Founding Father, George Washington, had spent the night to rest as he led our country to victory and independence in the Revolutionary War, there was some diversity. My Korean-American family, a Japanese-American family, an African-American family, a Vietnamese refugee family… But in my mind, we weren’t really American. We had to “prove” that we belonged.

When people asked me “Where are you from?”, I would innocently reply that I was from New Jersey, even though I knew what they were really asking. And when they asked again “No, where are you really from?” I would say with a sweet smile, “Well, my family is from Korea, but I’m American. Where are you really from?” I half-jokingly called myself a “Twinkie” – yellow on the outside, white on the inside. I was in NO WAY an F.O.B. (“Fresh Off the Boat”). I belonged.

Fast forward almost 40 years from when I was that little 7-year-old Korean-American girl from Jersey. Are things much different now?

This past week since the election has witnessed an intolerable, shameful, and heartbreaking rise in hate attacks against children, by children, across all ethnicities, political beliefs, and socioeconomic status. No child should feel unsafe because of the color of their skin, their religious beliefs, their gender or sexual orientation, or who their parents voted for.

The elections have pointed out how very many Americans feel disenfranchised, unheard, and outcast. How many of us feel that we don’t “belong.” But nothing, absolutely nothing, justifies acts of terror and hatred, from either “side.”

Depending on our child’s ages and developmental stage, they are going to have totally different understandings of what this election means to them. At school, they are hearing truths and mistruths from their peers and even their teachers, and it is up to us, as their parents, to help them put a context to their fears and support them through this uncertain time. And believe me, they are HEARING, and they are LISTENING.

Our children are looking at us to interpret what’s going on. They’re reading our facial expressions and body language, listening to the words we’re choosing, and the tone we’re using.  They subconsciously and consciously are modeling their stress response after ours. They lack a larger context for their fears and worries. Young children in particular are very literal. When they see us crying, scared, and angry, they are asking themselves, “Should I be as sad and scared and angry?” While we don’t want to sugarcoat and hide the fears that we feel, it’s important to remain calm and model that we can cope with this stress and anxiety positively and that it is not the end of the world. Our kids are looking to us to figure out whether their world is safe, whether they are safe.

In this time of great uncertainty, the only thing that is certain is that there will be more uncertainty. So when we are reeling on the inside and filled with moments of panic and fear, what are some things that we can do to help our children maintain calm, compassion, kindness, tolerance, respect and civility?

Be mindful of media exposure

Be positive and proactive